The 11th anniversary Event begins tomorrow January the 26th, and there is the second Alliance Class ship up for rewards when we complete our tasks. 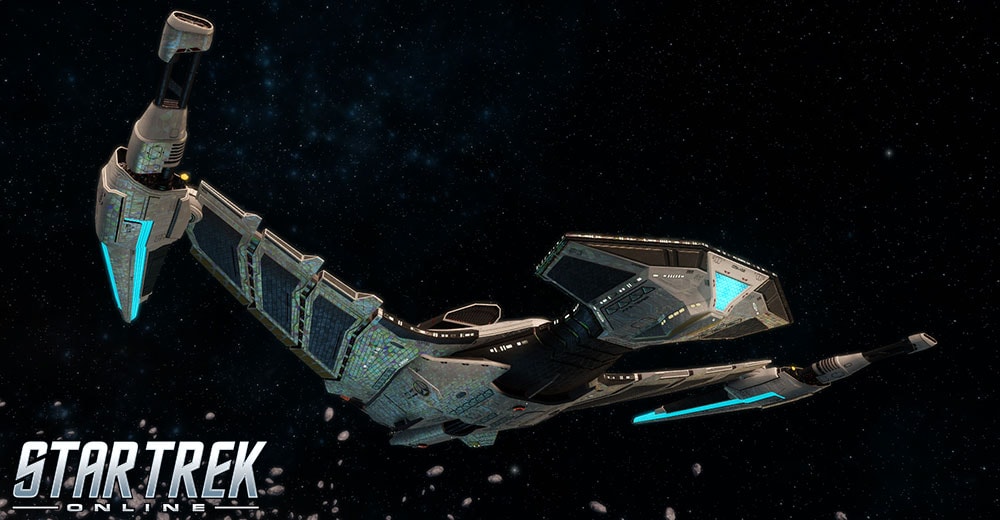 Alliance Temer Raider [T6]
The Allied Cooperative Starship Development Board (ACSDB) is excited to announce their second vessel with unified design philosophies. Due to its nature, it draws heavily on the expertise of the Romulan Republic and Klingon Empire, a collaboration that continues to bode well for the Khitomer Alliance’s future.

The Alliance Temer Raider is a unique starship – fitting command and control capabilities into a compact, lightweight shell. In order to ensure it survives to coordinate the battle, it features high maneuverability, an Enhanced Battle Cloaking Device, and a weapons layout with an emphasis on longer-ranged attacks. In trials, it’s been shown to exceed at performing a support role from the shadows, appearing for a matter of seconds to strike before vanishing again.

I'll be doing my best to remember to run the events as my best KDF captain, who is only level 60, as once your KDF captain reaches level 65 then all your captains can fly any of the faction ships you have purchased and unlocked.
It's been a long road....

Finally unlocked the new Alliance Raider today on my KDF character, and it looks pretty sweet.   So many of the stations are universal, I didn't really know where to start when deciding what I wanted to do.  (But, I lead with the best officer who had 'Command' abilities, and filled in from there.)

Ship looks great, and I was experimenting with the different shield skins, and found that the Reman skins looks really neat and shiny.  (It's been a while since I've used that skin, so maybe they updated it for all ships, but it looks great here.)

Hope you all are doing well, and stay healthy-