When you think about it, we can assume Archer was the first Starfleet officer to be involved with time travel. It's entirely possible that Starfleet used this to plan ahead.
I'm more just thinking that, surely they would know what year it was if they were travelling to it? Lol

Sent from my G8341 using Tapatalk
Assuming they are traveling there on purpose
True. They didn't always have a choice. Seems that was most often the case. 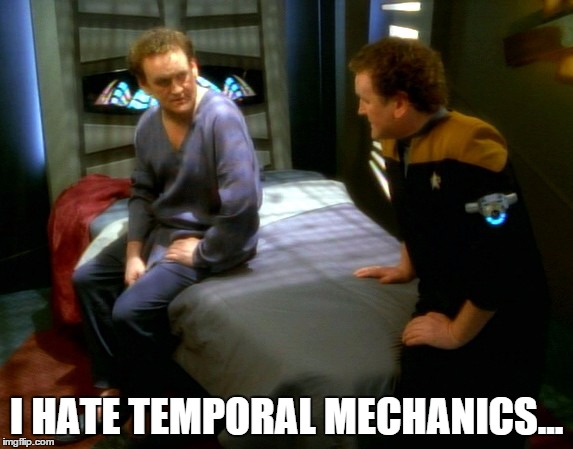 You never know they could have a sam beckett on staff.

I do like the theory, and it does  make sense.

I do like the theory, and it does  make sense.

I see what you did there... HA! Brilliant!

and yes that's part of our training as Temporal Agents just in case the Quantum drive doesn't work as desired. Section 31 doesn't do much changing of their looks though you wouldn't believe how much "Leaping" they do for Surveillance missions.
I always wondered if they were going to end the series that way (Enterprise). I half expected "Archer" to leap after giving his speech. That would have been great.