Full Version: Commendation not awarded
You're currently viewing a stripped down version of our content. View the full version with proper formatting.
Couldn't think of anywhere better to post this, so thought I would do it here.

During July I met the criteria to receive the Federation Cooperation Cross on my main toon [email protected] in the STO Academy fleet, however it has not been updated or awarded to me. In fact, my commendations screen still shows the same contributions that I had made at the end of June!

It's a little dissapointing that I have missed out again, despite having worked hard contributing to the fleet (and to the wider Armada as well.

I would like to get this updated and get my Commodore rank sorted soon, rather than having to wait until September!

I have included screenshots of my contributions, along with a screenshot of my commendations page which clearly shows an incorrect amount: 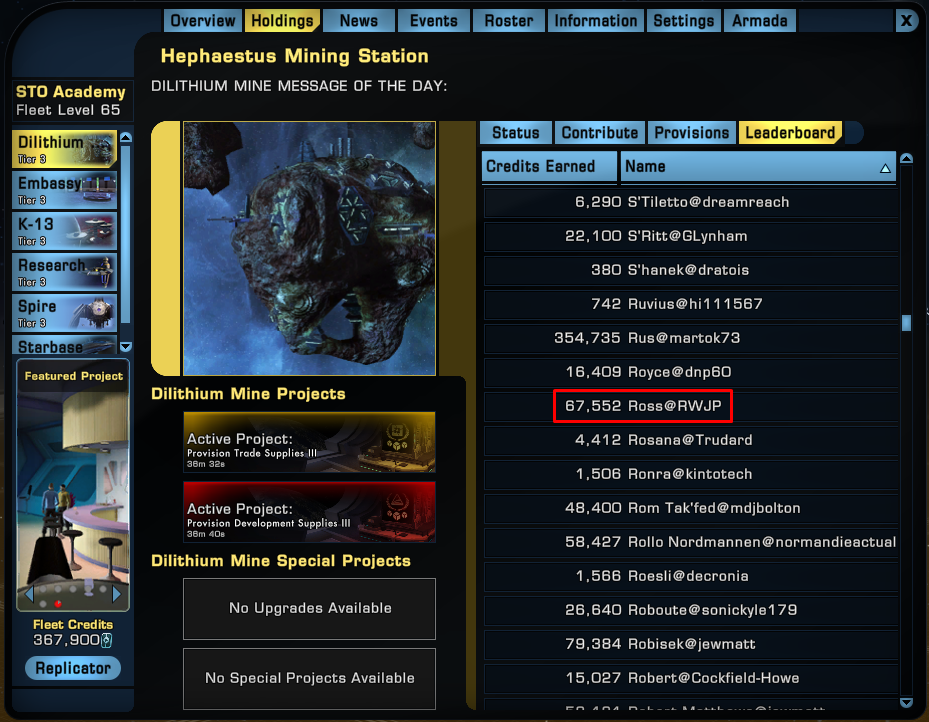 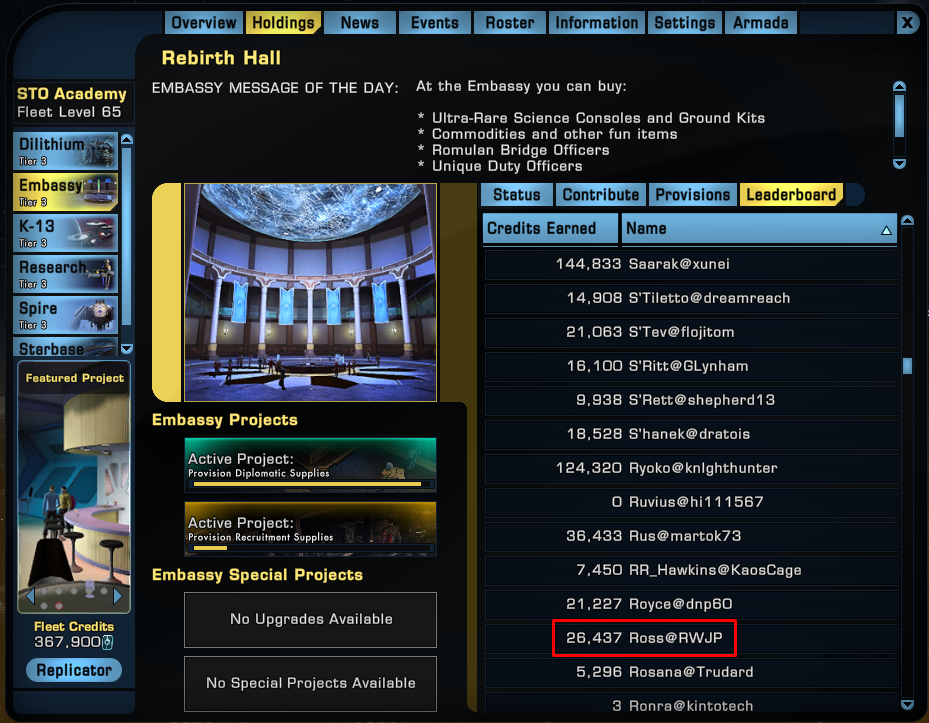 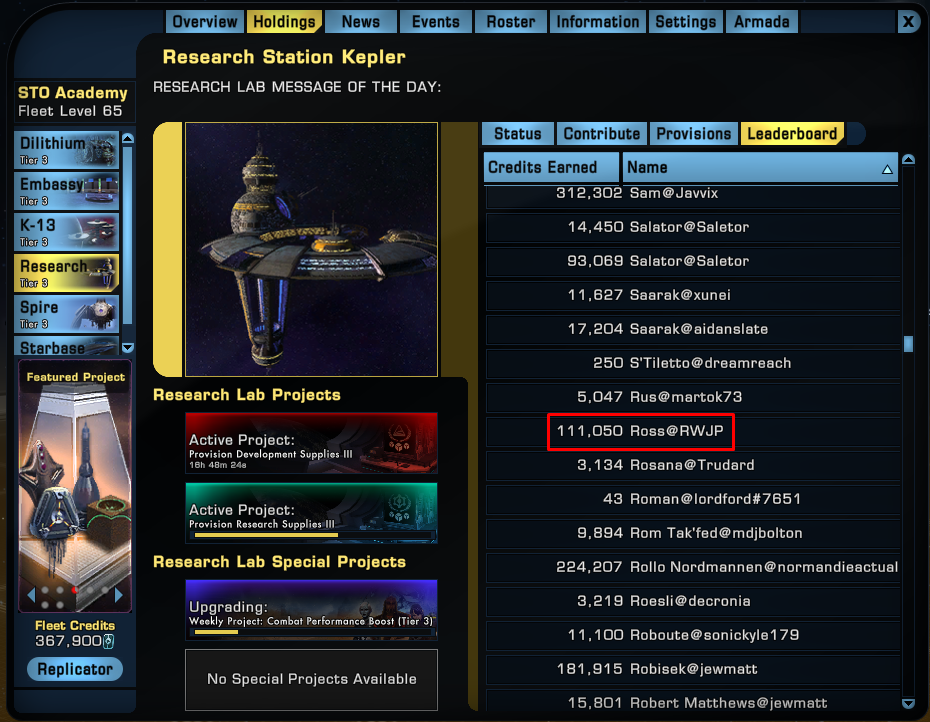 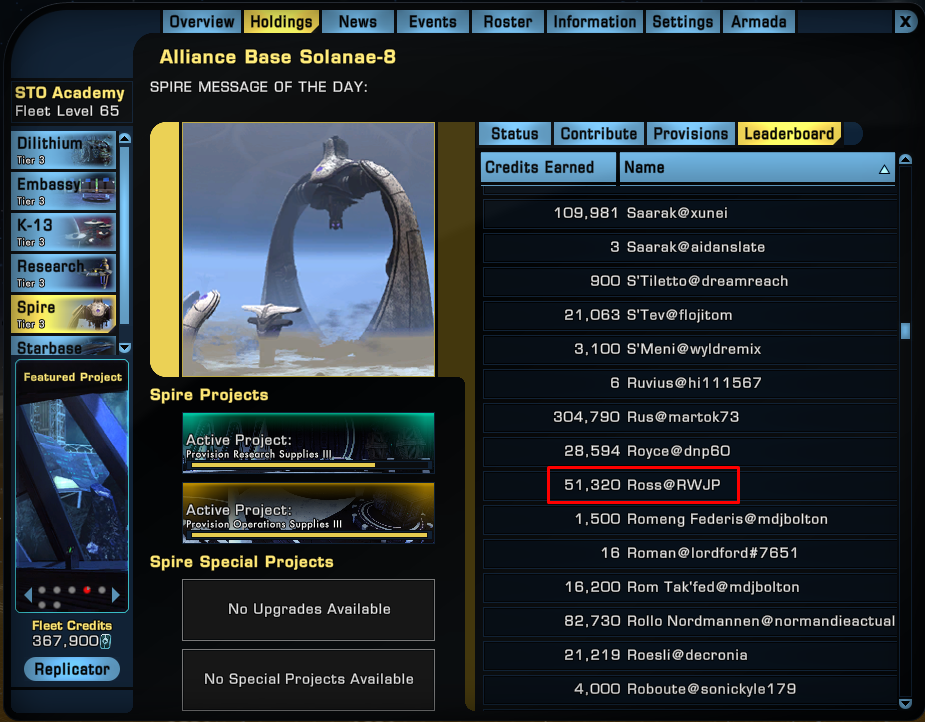 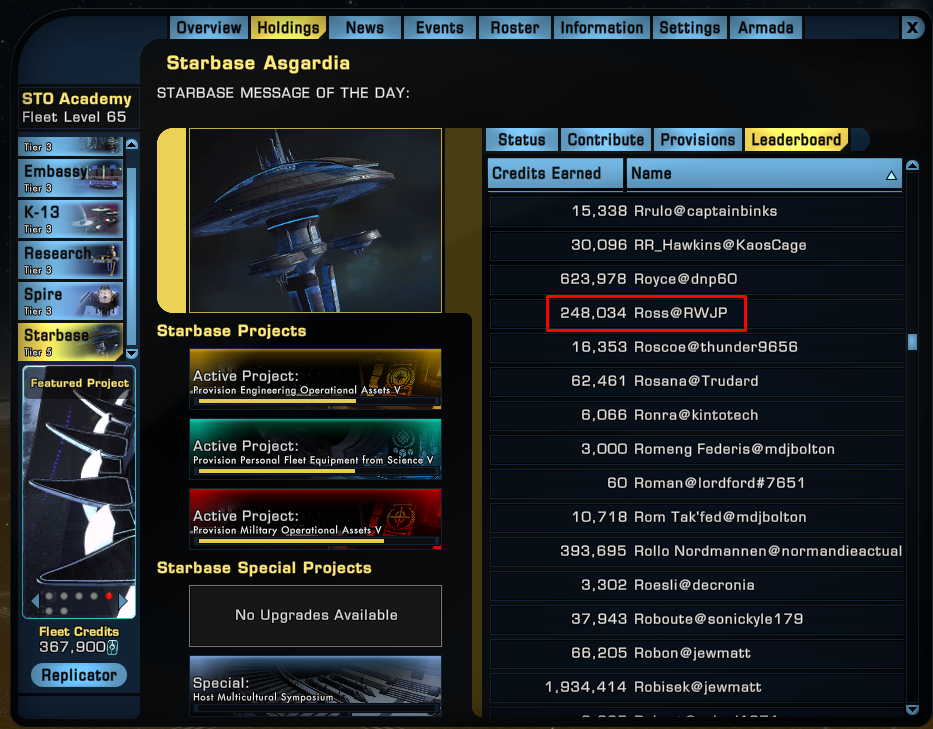 Quick bit of maths gives me the following contribution total: 504393.

My commendation shows the following: 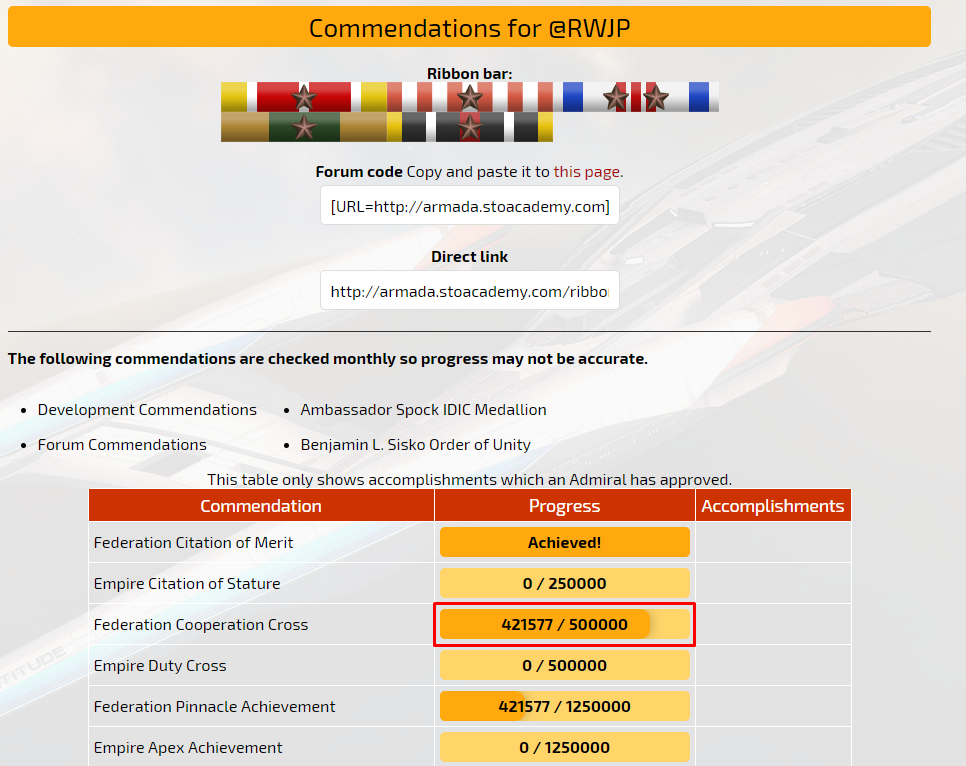 I also note that my Klingon character's contributions have not been updated, neither has the fact I now have a level 50 Romulan been updated and my Forum post numbers do not match. I'm not so worried about these, but it suggests whatever automatic system that is being used is not working.
Hi Ross,


Probably better just pm'ing me in the future with things like this.

In regards to the legacy bronze achievement, I can only apologise. Cryptic really screwed us over with that one as the gateway was, as you know, how you tracked those.

Please PM me in game with any other commendations you feel you may be missing and Ia will try to rectify it.

In the mean time, Attilio is looking at the code for any further issues.