Full Version: AoY - New Content
You're currently viewing a stripped down version of our content. View the full version with proper formatting.
So how are we all enjoying it so far?

I was a little boring and made my new character human, male, tac and even made him as realistically like me as I could appearance-wise (which I've never done before).

So far, I love it! I particularly enjoyed someone named 'Flores' getting a huge spear straight through him

What species/gender/career did you pick? What do you think of the new story so far? I haven't been this excited to play in ages

MGE.
Andorian Female, because Andorians are cool and females get nicer-looking clothing options.

I took some pics! 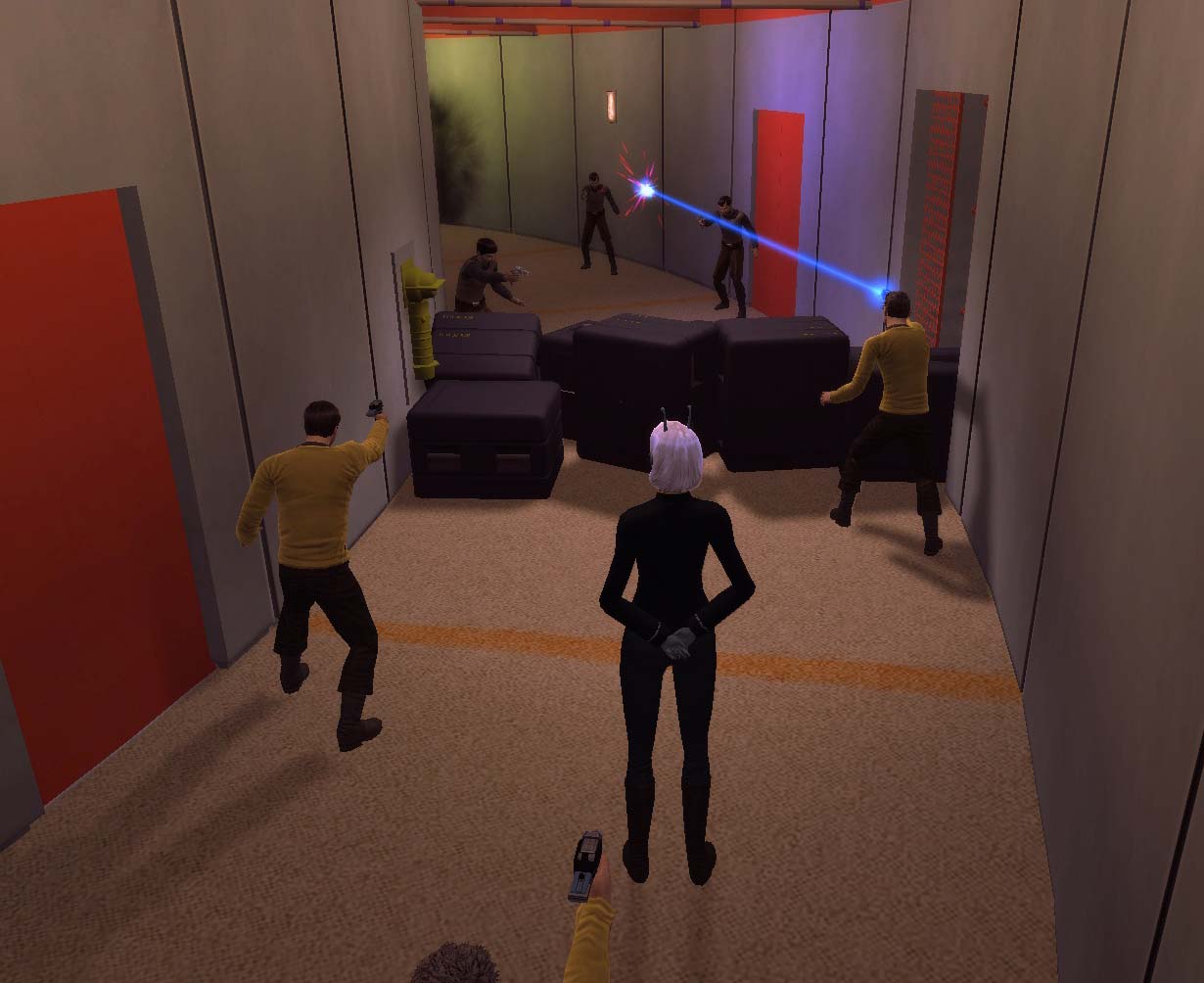 Thanks for that. Numpty. 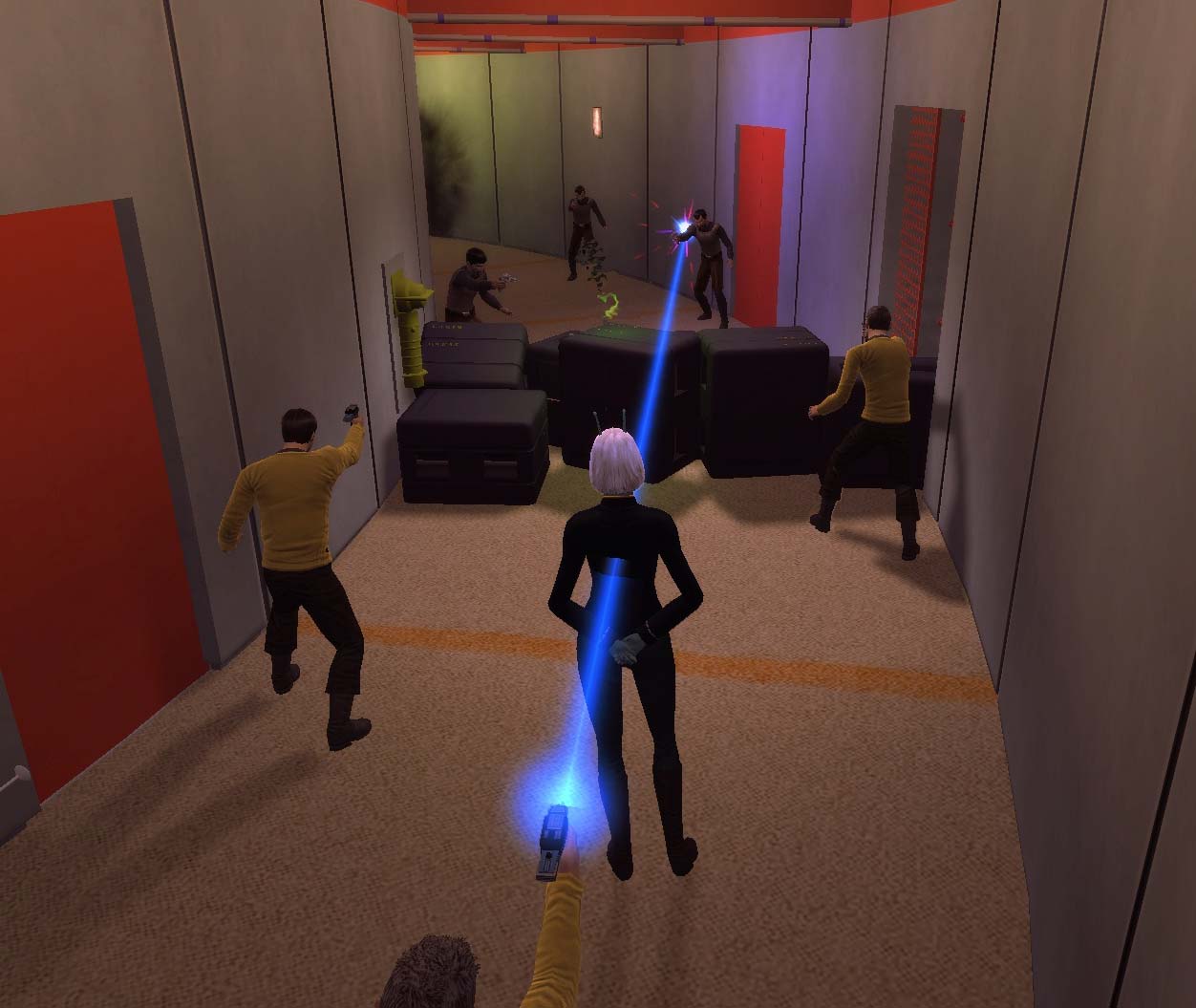 Tra la la, off I go to report for duty... hmm, this corridor needs a clean, and what's all that noise and people with guns? 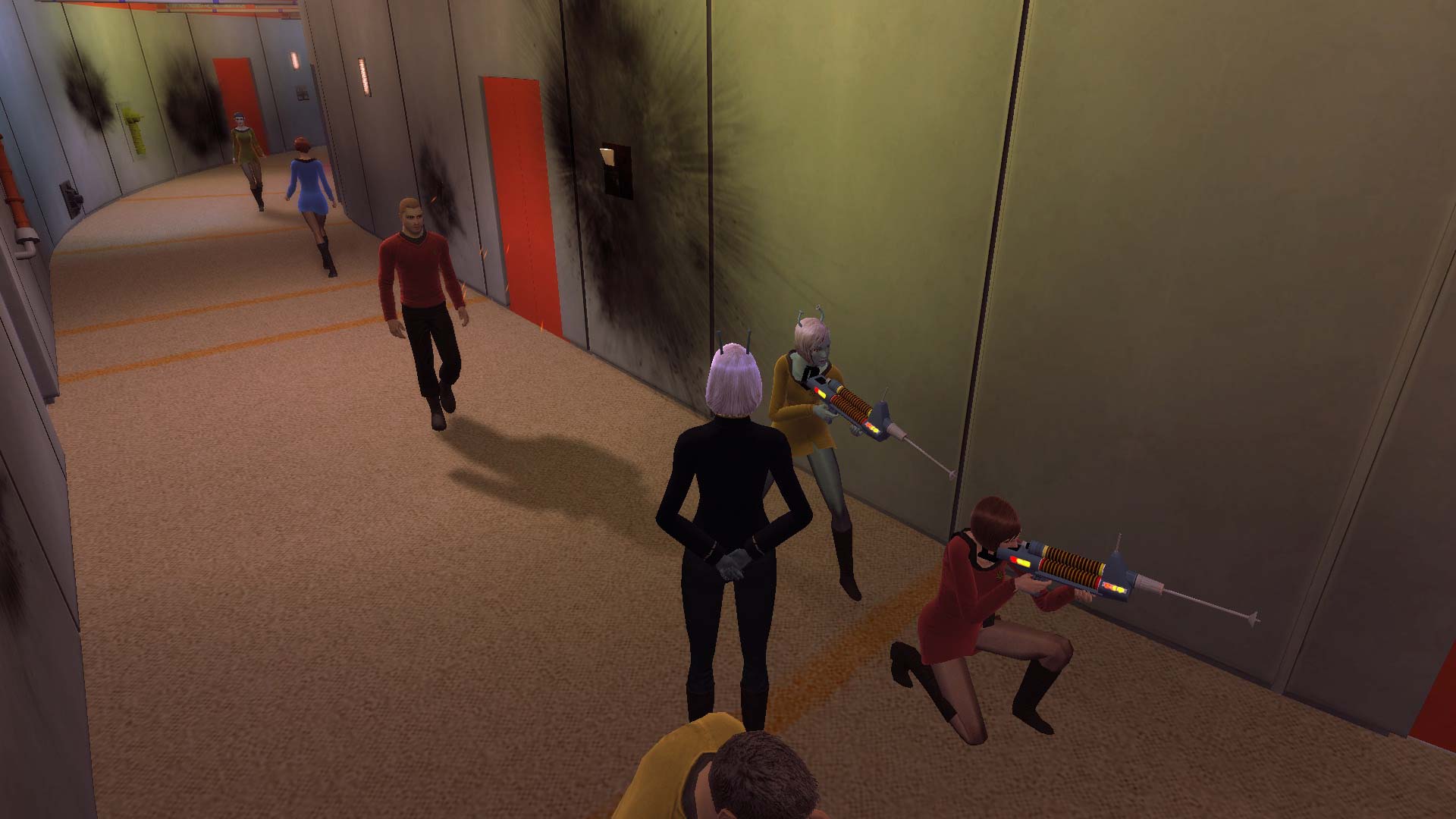 Coming soon to the costume store, only 500 z- SHUT UP AND TAKE MY MONEY 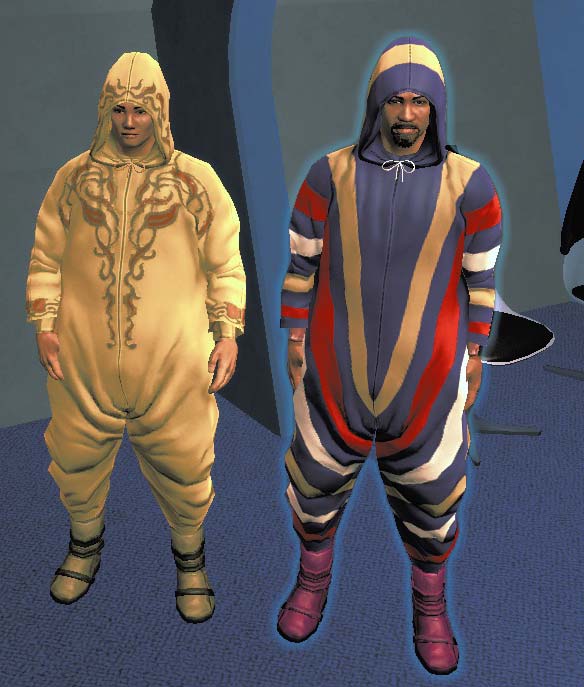 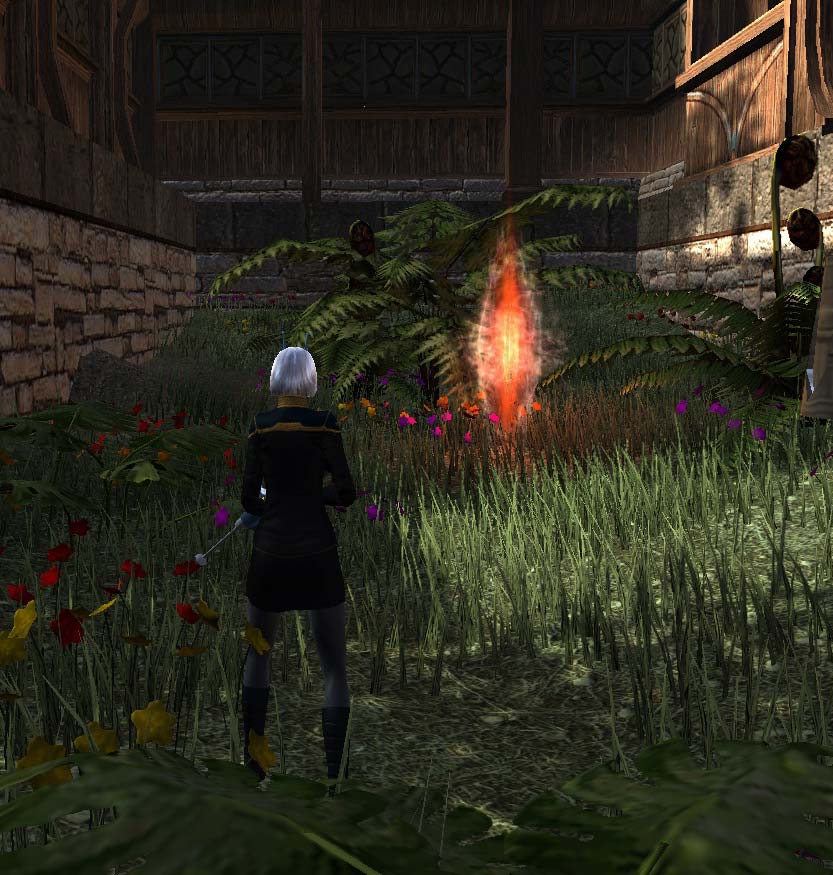 I actually enjoyed it too!, I love anything involving TOS and time travel (Oh excuse me! temporal travel XD)

Oh dear God, where is THAT from??

I made an Andorian Female with pink hair. I am really enjoying the new content.
The AOY starter arc is ***** AWESOME

Really liked it, but i wish it was twice as long. I got through it in a day. But I liked the Pioneer class better than the Miranda... seemed to have better firepower too. the scenery is very well done- I can see why some things were lacking on the existing content before AOY because that's where all the attention to detail was going. It all came together quite well. Personally I'd like to incorporate the 23c spacedock interior into the 25c spacedock as another level via the turbolifts... make it like a "legacy museum" deck.

But really the only gripes I have (besides the short length and the usual new content bugs) is the cramming it with the other events... no biggie for most vets but for a 1st year like me it's a lot of grinding- trying to farm the favors for all the risa items plus the replay event plus trying to get my new AOY toon up to level 45 in a week to get the replay event items too. the reuse of the "Delta exploration" track had me going "ugh, this tune again?". to me it doesn't fit and seems like it was a quick fix to meet the release date.. but one of the AOY episodes (#3? the promotion) does have a new variation of it that is a much more appealing slower pace... I'm sure there's still a lot that cryptic is fixing.

I have however noticed that they are also adding more voice dialogue to the existing content too, like playing night of the comet, first time none of them talked, now all the toons talk, which makes it feel more like being in the real episode for me... next step would be to use voice synthesizing for our toons and boffs B)

As for my AOY Temporal Agent, Akima, I decided to go with the backstory of her being a great relative to my other toons, sort of like a great great aunt or great great grandmother (haven't decided which yet...) and directly related to my first toon, Nadine (human). Which means that my rom Vallina had a human mother (possibly an Enterprise C survivor, which would be why her father quit the R.S.E.), and my KDF Karoni had a human father (that rescued her mother from Khitomer)... too bad there isn't some way to make a foundry mission up for that using your other toons on the account as npc helpers...

I actually came up with my screen name long ago when ST:ENT was still new on UPN and we would play board games or larp at the watch parties... seemed like a perfect opportunity to give her name some more Time

BTW, I'm surprised that there isn't a thread yet on the locations and codes of the temporal probes... unless that is in fleet members content, which i just joined too...


Sent from my iPhone using Tapatalk