Once this starship is obtained by any character on your account, any characters on this account can claim the Vorgon Xyfius Heavy Escort from the Account Claim tab within the Event Store (in the Event Reputation window).

The trait on that starship looks most interesting.  The ability to deploy a chroniton mine in conjunction with FAW/CSV seems epic.
nice thanks for the info, another ship can never hurt

But sometimes they like to cram 3 dev blogs into the week it launches!

Interesting TOS outfits from The Gamesters Of Triskelion. 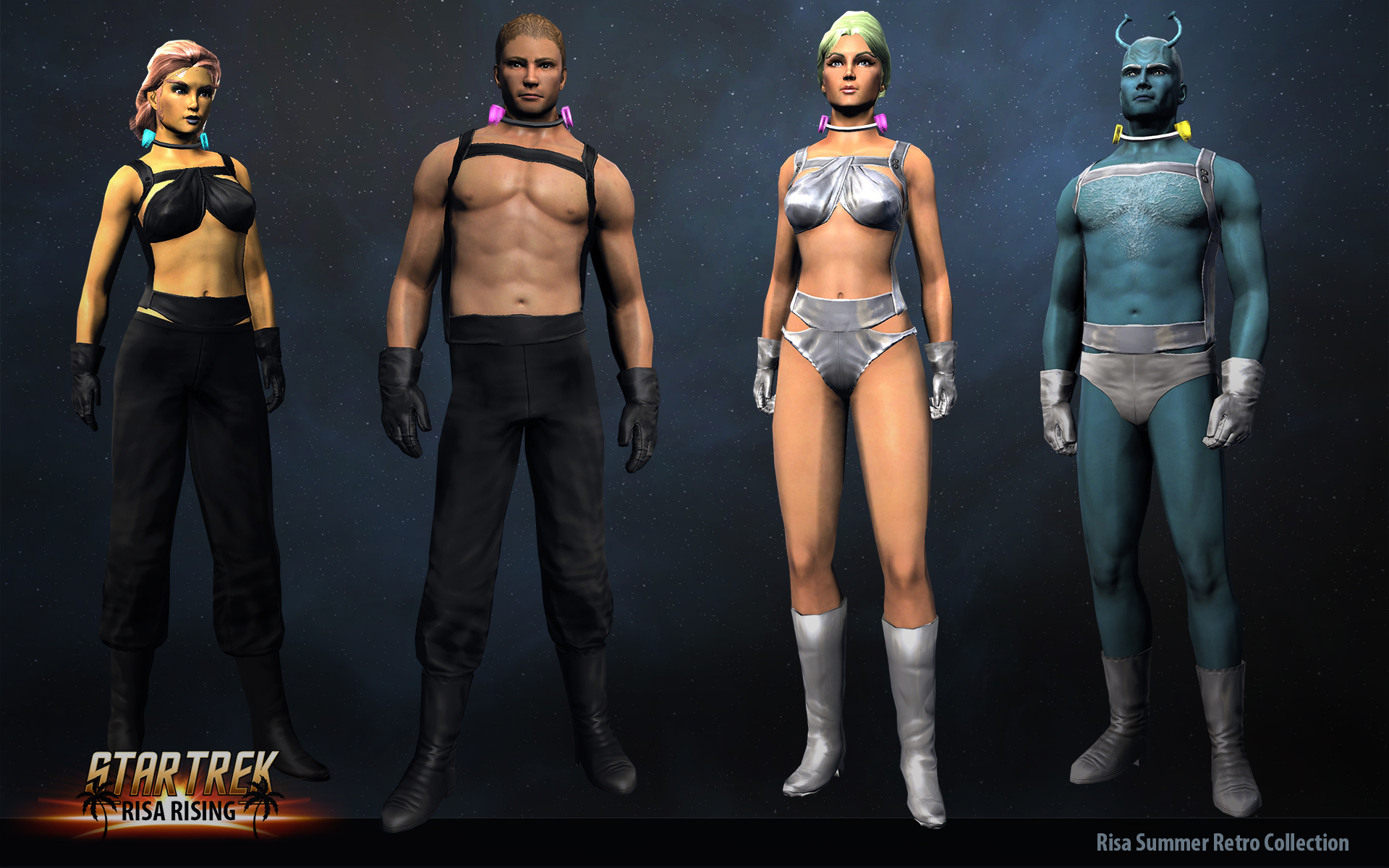 Also, it looks like the summer ship was actually leaked back in March.  Here's a discussion from the Reddit forums about it: https://www.reddit.com/r/sto/comments/4b...vent_ship/

Also, it looks like the summer ship was actually leaked back in March.  Here's a discussion from the Reddit forums about it: https://www.reddit.com/r/sto/comments/4b...vent_ship/

The ship's stats have been released and seem to match the ones in the Reddit leak.

I noticed something interesting on the official description of the Vorgon ship's console. Specifically (listed in bold and italics):

The Vorgon Xyfius Heavy Escort comes equipped with the Harasser Probes Universal Console. When this ability is activated, the Vorgon ship will deploy 2 Harasser Probes that will attack nearby targets with Chroniton Mines, Tractor Beams and Tetryon Beam Arrays at a very close range.

This console may be equipped on any Vorgon starship.

Does this imply we will be getting more Vorgon ships as time goes on?  Maybe they will be lockbox or lobi ships in the AOY expansion.
I can't wait! This will be my first seasonal event and so fitting it takes place on Risa. I need a vacation!!