Full Version: Tactical in Fleet Ar'kif
You're currently viewing a stripped down version of our content. View the full version with proper formatting.
Jolan Tru! 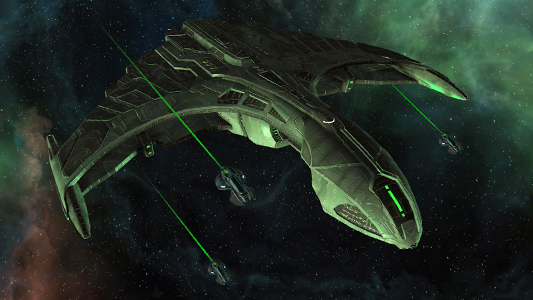 I'll start with what I have already achieved.
I'm flying Ar'Kif Tactical Carrier Warbird ever since we got her, but that was on my Science Reman, and I have no problems with soloing one gates in mission Khitomer Accord Space Elite (guarding Probes and destroying at least one complete side of Gates in same time).
That build is displayed here. I can't remember which Singularity Core I have on it, but it's one from Fleet Dilithium Mine.


When I've tried similar build, one that doesn't work so perfectly on my Tactical Reman, I haven't got much of success.

My goal is simple, to get it fully ready and slightly OP for PvE content, as I already have Fleet T'varo that has shown enough strength in PvP

I plan to get better gear as soon as I figure on which would be perfect for what I'm trying to do.
But until then, are there any suggestions for Bridge Officer/Captain Skill changes that I could try and be useful in ESTF's?

Khnai'ra!
Jolan Tru!
You seem to have accidentally chosen the Ar'Kif in that build. The Fleet Ar'Kif has 5 Tactical Console Slots, iirc. So put 5 VL/VE Consoles on it and maybe get a 2 Set piece for the New Romulus Reputation Equipment Set and/or even the Romulan Space Set to further increase your Plasma Damage output. Well as soon as you can afford that stuff that is.
1st build that works is Sci Reman in Ar'kif Tac Carrier, still waiting for T3 Spire in Legion to upgrade into "evil killin' machine" and then, if it feels too slow in killin', going for CritC consoles.

2nd build is my Tac Reman in Fleet Ar'kif that doesn't work well.
So far, my dilemma is between Reman full set or Undine engines+deflector with Fleet Resilient shields, as I'm tired of MACO/AKHG (maybe will get those for that version of T'varo).

Did anyone build this ship with beams (even Ar'kif if not Fleet one)?